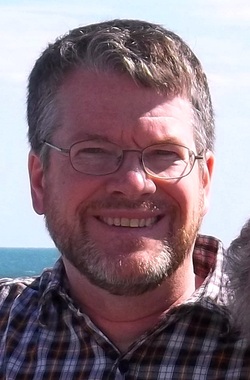 A Colorado native, Dave grew up where it was normal to have internationals in the home, since his father, a professor, frequently invited international students for dinner.  Most of his aunts and uncles, and all of his cousins, lived in foreign countries.  At a young age he realized his need for a Savior and was grateful that Jesus forgave and accepted him.

Dave moved to Minnesota to study journalism and the performing arts at Bethel University.  He had an Ethiopian roommate before meeting and marrying Lorie, a vocalist from hard-working German roots.  Before they married, Lorie did a mission trip to Japan while Dave made connections in Europe.  As newlyweds they lived in downtown Minneapolis and did youth ministry among Asian refugees while Dave worked as a curriculum editor.  They moved to Denver to earn a graduate degree from Denver Seminary.  They did music and missions ministries in Denver, Sacramento and Sioux Falls, while adding three children to the family.

Back in Colorado for a third time, Dave pastored a church near the university in Greeley.  For 17 years they regularly hosted students and internationals in their home.  In 2012 Dave left the church and joined International Students, Inc., to equip churches for grace-filled outreach, build stronger friendships with internationals, equip students to thrive spiritually, prepare them for returning to their home countries, and maintain global relationships.  When they are not networking, Dave & Lorie love music, playing games with friends, and reading books about real people in very different places.